Established in 2016, The IEEE Broadcast Technology Society and the Association of Federal Communications Consulting Engineers will award scholarships of up to $10,000 to promising undergraduate and graduate students attending accredited U.S. Universities interested in a career in broadcast engineering. Information and applications are available at http://afcce.org/scholarships/.

Membership in IEEE BTS during the period of the achievement

Has accomplished achievement in broadcast engineering that exemplifies the following key criteria:

• Quality and thoroughness of work

• Extent and reach of the work

Eligibility and selection process shall comply with procedures and regulation established in IEEE and Society governing documents, particularly with IEEE Policy 4.4 on Awards Limitations.

Established in 1993 to recognize a student paper of exceptional interest and applicability to the field of Broadcast Engineering.

First prize: $250, Certificate and an all expense paid trip to the Annual Broadcast Symposium to present
the winning paper;

Eligibility: Any student, undergraduate or graduate, pursuing a course of study in a field related to broadcast engineering is eligible. The student need not be a member of IEEE or BTS.

Basis for Judging: General quality, extent of original work, timeliness, and significance of the contribution to
the broadcast engineering profession. The paper must be of sufficient quality to warrant publication in the Transactions.

Presentation of Award: Given periodically, however presentation to be made at Annual Broadcast Symposium.

Established in 1957 to recognize the best paper published in the IEEE Transactions on Broadcasting..

Eligibility: Authors of papers published in the IEEE Transactions on Broadcasting during the calendar year
(1 January – 31 December) immediately prior to the fall Broadcast Symposium

Presentation of Award:  At the following year's Annual Broadcast Symposium.

2008: Gunther May and Michael Kornfeld for their paper, “DVB-H and IP Datacast - Broadcast to Handheld Devices”

2007: Oded Bendov for his paper, “Interference to UHF-DTTV Channels by Unlicensed Devices”

Established in 1982 the Matti S. Siukola Memorial Award recognizes the best paper presented at the Annual Broadcast Symposium. The award honors Dr. Siukola, an eminent broadcast antenna engineer for more than thirty years, who was stricken with a fatal heart attack as he completed his presentation at the 1980 Symposium.

Eligibility: Presenters of papers at the Annual Broadcast Symposium. 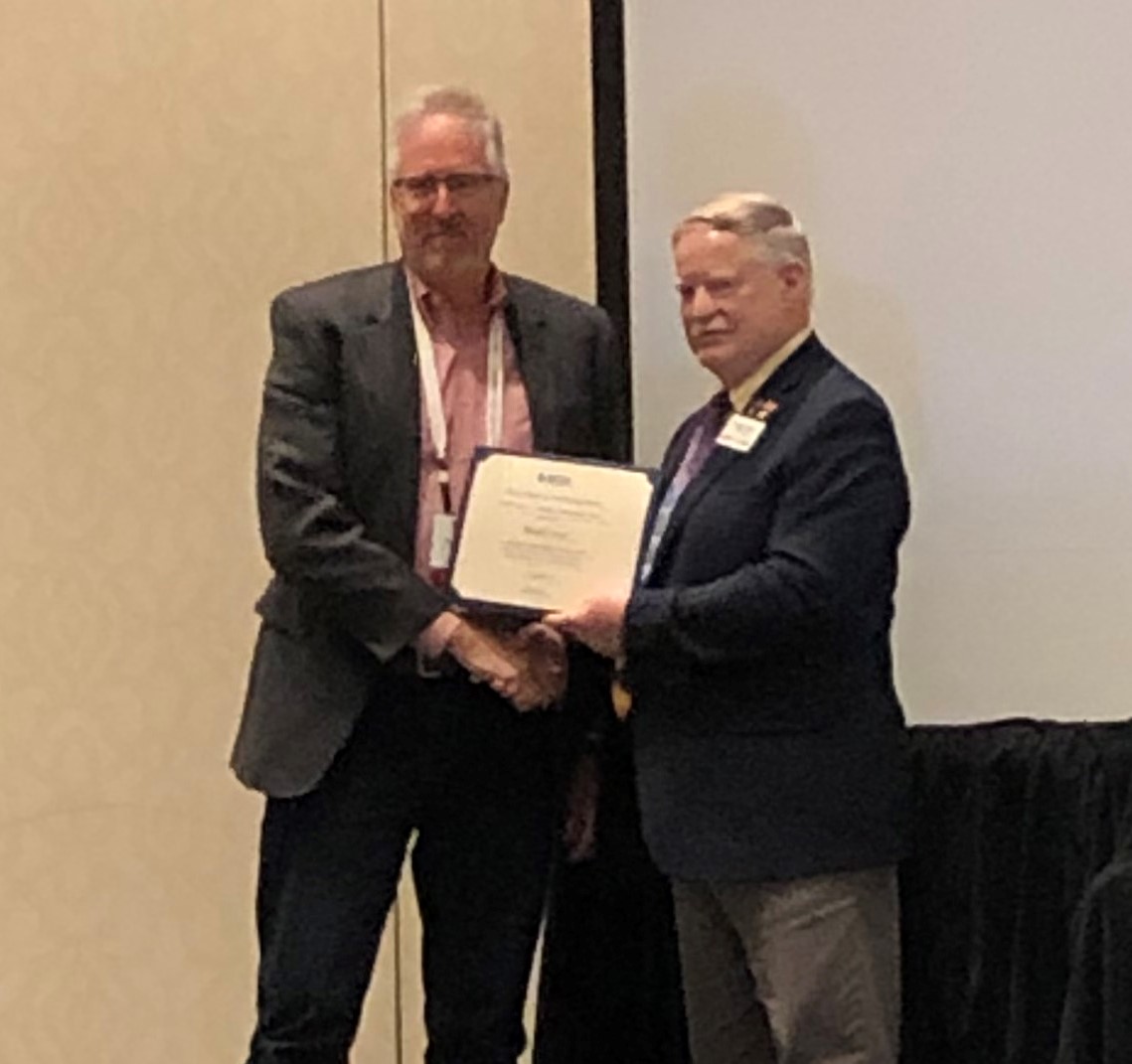 Presentation of Award: At the following year's Annual Broadcast Symposium.

2022: Award not presented due to cancellation of conference

2021: Award not presented due to cancellation of conference

2020: Award not presented due to cancellation of conference

2015: David Layer for "All Digital Radio AM Field Test Project"

2014: Benjamin F. Dawson, P.E. for "The Effects of Nearby Structures on MF Antennas and the FCC's Newly Enacted Rules for Protecting AM Stations from those Effects"

2010: Pascal Marcoux for "Revisiting the Field Strength Requirements for DTV in the Canadian Context"

2008: David Plets for "Evaluation of Performance Characteristics of a DVB-H Network for Different Reception Conditions"

2000: Robert Plonka for "Determining EVM/SNR in DTV Coverage Areas as a Function of Antenna Type - End, Center or Branch-Fed."

Prize: Plaque for the principle author, and certificates for the remaining authors (if any), plus complimentary registration for the following year’s Broadband Multimedia Symposium for the author accepting the award (year of presentation).

Eligibility: All Presenters of papers at the IEEE International Symposium on Broadband Multimedia Systems and Broadcasting are eligible.

Basis for Judging: Overall technical quality, extent of original work, effectiveness of presentation, quality of visual aids. Presentation: The Award will be presented annually at an Awards luncheon or dinner, held during the IEEE International Symposium on Broadband Multimedia Systems and Broadcasting in the following year.

Established in 1981 to recognize outstanding service to the IEEE Broadcast Technology Society.

Eligibility: Members of the AdCom (including members-at-large and ex officio members).

Presentation: Given out periodically at Annual Broadcast Symposium